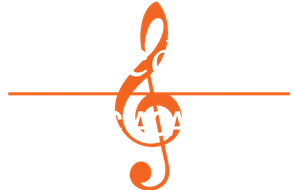 Precedence is a group of master teachers working together to make each student's expereince the best it can be.

Images courtesy of Salvatore Vuono and Pixomar at FreeDigitalPhotos.net 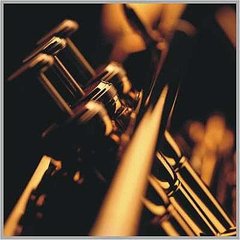 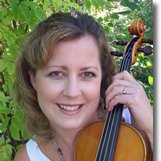 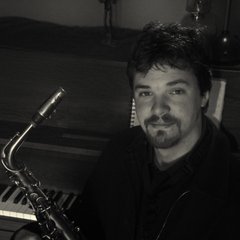 Jordan Carls had his first professional gig at 14 years old. . Most of his early gigs were self-promoted, and arranged by himself (with a huge amount of help from friends and, most importantly, family). Having to promote his own performances from the start gave Jordan a crash course in the intricacies of the music business. It also allowed him to learn the craft from some of the finest musicians in the area.

Since then he has used his hard-earned knowledge to graduate from the University of Denver, and perform across America and Europe with many amazing artists. He has performed on stage with people such as The Platters’ Duke Daniels, Dr. Daniel Lochrie, James Houlik, Dr. Michael Waldrop, Dr. Michael Baron, Grammy award winners Paquito D’Rivera and Dennis Woodrich, and Keith Compton among many others. As well as performing professionally, he studied with James Houlik, Art Bouton, Peter Summer, Eric Gunnison, Malcolm Lynn Baker, and Paul Schneider. Additionally he has produced several albums and logged hundreds of hours of studio time and performed on many CDs.

He owns and operates Precedence Music Academy as a private instructor, performer, recording engineer, and composer. He teaches piano, saxophone, clarinet, flute, music theory, composition, and performance. With over 15 years of professional and teaching experience, he is one of the best qualified teachers in the area.

Robin began organ instruction at 5 years old and has continued ever since. She studied harp for 3 years with some of the best harpists while attending school in Williamsburg, VA. Her love of harp led to years of study on the methods and techniques of teaching. Her teaching style is extremely adaptable to many styles and learning needs, and is based on a solid foundation of theory, technique, and experince in most genres of music. Robin opened the Harps and Hammers Music Studio in 2014, and joined Precedence Music Academy in Oct. of 2015. She is currently a member of the MMTA, and works closely with various arts groups in the area

Gregory Lane Anderson (b jan 29 1959) in Delta Colorado, and lived in Olathe Co. Moved to Montrose Co. and received the Elks Scholarship in High School. Later went to the University of Northern Colorado and received a BA in Music. After graduating Gregory moved to New York City and worked as a freelance musician performing in off broadway shows, orchestras, jazz bands, and special events. He graduated from the CUNY Conservatory with a MA in Music and post graduate studies at The Juilliard School of Music.

Candice began her musical career very early, syudying violin and voice. She won high placements in All-State choir for three years during high school and this propelled her into many groups and styles, including musical theater and jazz. This gave her the chance to attend many universities and study with a wide variety of professors and professional musicians. She finally settled on the Lamont School of Music with a full scholarship. Since Lamont she has pursued an active performance career, singing with Bobby McFerrin, Peter Eldridge, M-Pact, and many other groups and Theater troupes. She loves to teac Jazz, but is equally comfortable in any style, level, and vocal type.

Debra TenNapel, Concertmaster and Violin Soloist, is a California native who relocated with her family to the Western Slope of The Rocky Mountains in 2005. Starting as a child under the tutelage of Elizabeth Kidwell, Debra went on to earn regional and even national youth-level awards before joining the Modesto Symphony Orchestra as a teen. She continued her studies under Mutzuko Cooper and Warren VanBronkhurst, earning a B.A. in Musical Performance from Cal-State University, Stanislaus. Having toured the former Soviet Union on a music exchange and performed on the stage of Carnegie Hall while leading a youth symphony tour through New York City, Debra has been in demand since the mid-1980s as both a performer and instructor. She regularly performs with the Grand Junction Symphony Orchestra and resides as Concertmaster for both the Valley Symphony Orchestra and the Grand Junction Rockestra, all the while operating a private violin studio and solo/chamber offerings through her "Cedar Strings" group. Debra now resides in Montrose with her husband, James, a son, Jacob, and two daughters, Kendra and Julia. In her spare time, she enjoys gardening, all things horses and attending her children's sporting events. 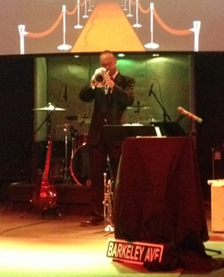 Zan has been performing in Military Bands since 1996, after leaving (then) Western State College where he studied Music Education.  He has more than 20 years of Active Duty Service in both the Navy and Army Bands where he’s had the opportunity to tour extensively in both Europe and Asia.  Zan was performing for foreign dignitaries and US officials around the world; all the while keeping musical entertainment a priority.  A major part of his job while deployed to Iraq was playing with Popular Music Groups for his fellow Service Men and Women.

Yet on a more somber note, one of the most important experiences for Zan by far has been to perform the nations highest honors to his fallen Service Members by being part of their Military Funeral Honors.

Zan’s musical experience has been such a rewarding time in his life that after retiring from Military Service, he would like to give back to his home town of Montrose.  Zan will help by guiding the musical development of his community’s young musicians and ensuring a healthy, enjoyable experience that will last them a lifetime.

Images courtesy of Salvatore Vuono and Pixomar at FreeDigitalPhotos.net